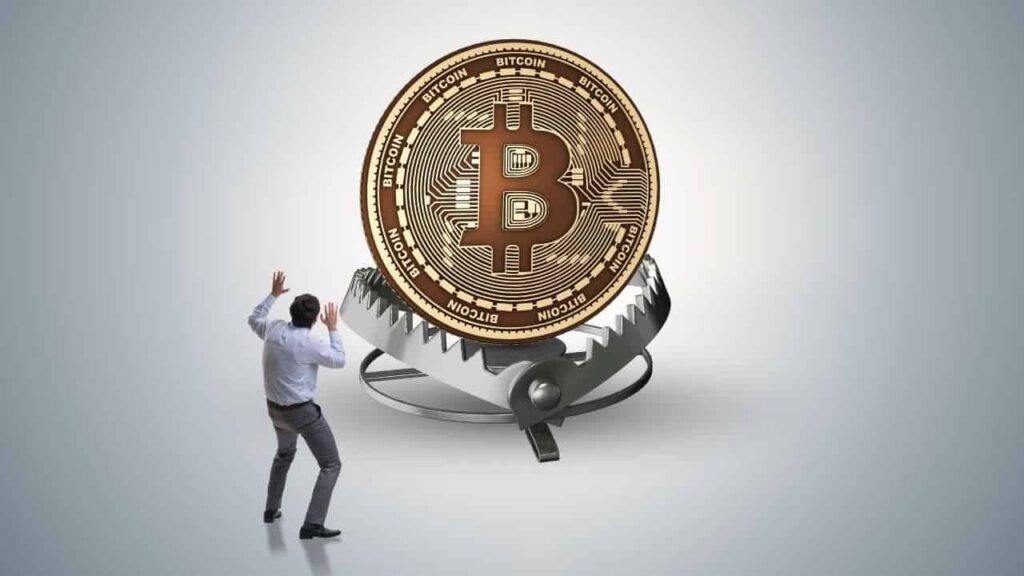 The modern era of 21st century has a lot of evolution and advancement in the field of technology. In the enhancement of digital experiences among people, technology extends its hands over future earning by invention of decentralized technology known as Cryptocurrency which run on blockchain technology.

Cryptocurrency is a digital currency that uses digital files as money by which we can buy goods and services and are verified and recorded by a system known as cryptography (a science of hiding information), and are neither control by one person nor government.

The cryptography studies the strategies and, implement the guarantying of the privacy of the information exchange between two or more parties. The news feeds alert us every day about the crypto markets high and low values.

Cryptocurrencies like Bitcoin and Ethereum have tremendous outperformed themselves in complying with Investor’s interest in retailing as well as in institutional digital currencies which has a steep rise in recent months. “Cryptocurrency Craze” among the young investors who are inexperienced are eager and curious to try themselves out in high-risk investment.

The word Bitcoin made up of two words ‘bit’ + ‘coin’ stands for digital or virtual currency. The Bitcoin was firstly introduced in a paper as a ‘virtual currency’ that works as an ‘online cash’. Bitcoin’s platform has developed in securing a multi-cryptocurrency wallet app that enables us to use our cryptocurrency for purchasing cinema, shopping, car payments and ATM bills.

The bitcoin takes its responsibility for none of its customer to face any issue. Security is such a high priority and manages its staff to work and support 24/7 hrs. whenever they face any kind of issue. Even the bitcoin cards secure users by disabling the debit card remotely at any time in case of any issue.

Thus, through the much-hyped technology, ‘Blockchain Technology’ becomes the world’s first completely decentralized digital payment system. With its enhanced technology and its abrupt increase, it became an interesting and influencing affair among developers all over the globe.

The technology roads its ways into science, urges its investors into promises that the research enterprises would be transformed into key elements. From all over the world, supporters stand in view of its enhancing reproducibility by creating trials and analysis for securing documentation frauds and tracing the routes of the commodities transaction.

This Blockchain ecosystem has its benefits widespread as it has power of transforming many broken systems and benefits its users to control over spending money without any limits of withdrawal or purchase neither the interference of government authorities. Also, it doesn’t require approval and is a peer-to-peer focus for sending and receiving payments. It gives users a good advantage in providing users with low transaction fees in international services.

What created panic among Investors?

Investors have questions in mind of how to involve in Cryptocurrency? So before involving themselves in cryptocurrency they should keep in mind the industries terminology, with proper research and learning the information can meet higher chances of fulfilling their objectives of investment.

When Bitcoin was launched, its original cost was just a “couple of cents”. But shockingly in 2017, there was a steep rise in the Market Capitalization, the price of 1 bitcoin raised to almost $20,000. This makes the investors to interrogative in the field. The traders from all over the world finds it as interesting came forward to it. But after the couple of months the coin falls to $7,000.

Thus, the steep rise and fall becomes a matter of increasing interest with curiously and angrily among people all over the globe. People started collecting information and planned to study strategies in order to invest in Cryptocurrency. People found themselves to trust in it when they learned the policies of the company it guarantees, the privacy and intimacy of the shared information that is exchanged within two parties.

This was only possible through the cryptography, which wasn’t a new process adopted. But it was used thousands of years ago by military forces as a way of private communication to convey their messages to others in times of wars.

In a news conference, Martin Hamilton, a London-based resident, comes in support of the services that are provided digitally to UK Education. He says in his statements by warning the academics businessman and entrepreneurs might be allured in adding this digital technology in the future times to make the projects to look “magical” and “sparky”. With its increasing trend all over the world the well-known companies like Google, Tesla, Facebook, Apple, Samsung and PayPal included their long-term strategic plans in Cryptocurrency.

Thus, this makes an advantage in the company’s market capitalization with a lot of competitors. The larger the number of confirmation of transactions, the larger its validity.

If we counter the risk in Cryptocurrency, we can buy stuff in the evolution and can make Cryptocurrencies to greater heights. In today’s times the news of the abrupt increase or decrease in the market catches fire through the social media applications like Twitter, Instagram and Reddit too.

These platforms offer insights and perspective from some big financial businessman who discuss his strategies awaking the influencers to reach their post more out. Even the trending news about the digital currency causes fluctuations of dropping the currency value.

Reason behind the fall of Bitcoin

For example, when Hong Kong based Bitfinex was hacked, there was dropped in the value of Bitcoin by 20%. Thus, social media has also helped to educate the young minds about the knowledge of the Cryptocurrencies which showed a keen interest in the readers.

Even the celebrities, big businessman take part in sponsoring the ads about Cryptocurrencies to their audiences. Thus, through a survey, it showed that Platforms like YouTube channels had resulted in the rise of cryptocurrencies.

According to enthusiasts, who tried to explain the Bitcoin architecture but failed to do so. Some enthusiastic replied, “Writing the describing about the structure of bitcoin is hard enough and, there is nothing to relate to it”. Thus, the founder of the Swedish pirate party, came with an interesting analogy, “Bitcoin (BTC) will do to banks what email did to the postal industry”.

Day to day people are coming forward to support the cryptocurrency and its heading technology “Blockchain”. Thus, their positive outlook and awareness has marked in the rise. Thus, Enthusiasts highlighting the benefits offered by the company’s is surely raising it to its more advancements. As technology is heading its way with everyday technical new advancements and innovation, it has changed the way to outlook and giving us an ease.

Thus, in the business world, Cryptocurrency or Bitcoin designed has changed the way of money transaction that used to be before. Thus, making the traders to make on the polices of company. The concept of Cryptocurrencies or Digital money is difficult to understand, but quite easy to use. It seems different as the entire process involves the money to use in digital form not as in conventional form which were used from ages but, the advantage that digital money gives are not interfering by any central authority or government.

Thus, making it a completely decentralized process. But it is well predicted that in coming years its trade will be more than today. Thus, people will understand more of its technologies in exciting ways surely in the coming future.

Technology which serves a medicine in today’s time that comes with a need. The same goes through the Bitcoin technology which are overcoming their glitches to provides the best services to its customers. The companies like Bitcoin and Ethereum have undergone a hard fork in developing new Cryptocurrencies in interest of generation.

The new global laws and regulations are in process with the digital money. Awareness and education sharing are only sources to remove the gap and can make “Cryptocurrency” more volatile in upcoming time.

2 thoughts on “Hard Fork Leverages A Fall In Blockchain Ecosystem”