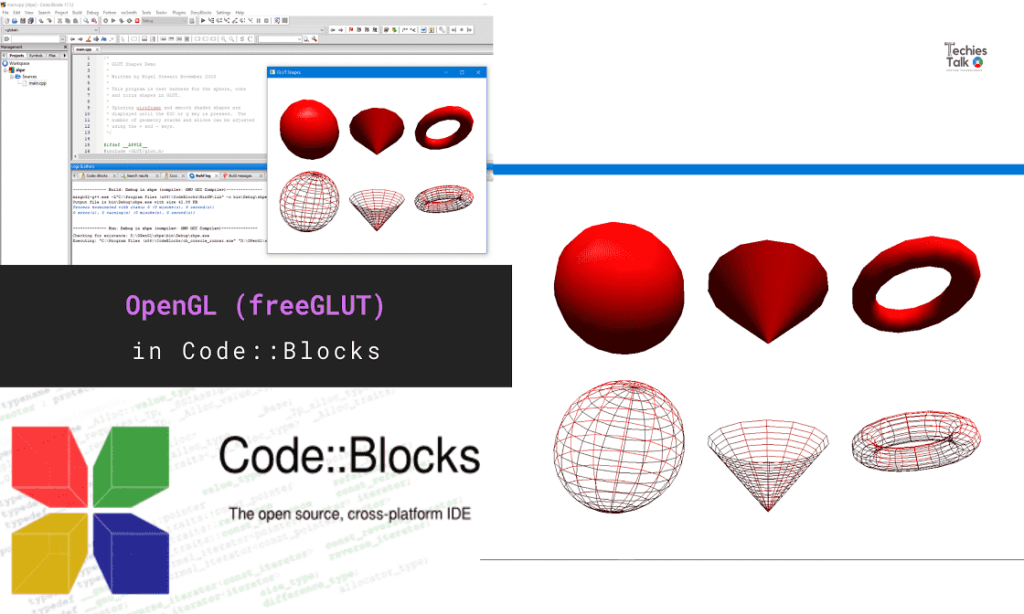 In this tutorial, I’ll show you step-by-step procedure to correctly setup OpenGL (freeGLUT or GLUT) in CodeBlocks IDE. I hope this video will help you get started with programming in OpenGL and teach you how to compile, link, build and run OpenGL 2D/3D computer graphics program written in C++.

Code::Blocks is a free, open-source cross-platform IDE that supports multiple compilers including GCC, Clang and Visual C++. It is developed in C++ using wxWidgets as the GUI toolkit. Using a plugin architecture, its capabilities and features are defined by the provided plugins. Currently, Code::Blocks is oriented towards C, C++, and Fortran. It has a custom build system and optional Make support.